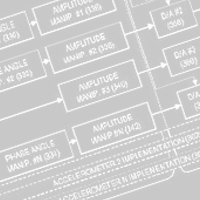 As an engineer, Thane Bauz designed circuitry that remains in use today on commercial jets. The circuitry processes and packetizes data from instrumentation for in-flight display and maintenance download.

Retained in a multiple patent action relating to substrate design of CMOS sensors used for imaging. The case settled favorably soon after dispositive motions were filed.

Represented Sony Mobile Communications in a multiple patent assertion relating to touch screen displays.  The case was dismissed prior to filing an answer.

Engaged in a multi-patent case including technology for fluorescent tagging and detection.   The case settled on favorable terms after favorable decisions on motions for summary judgment.

Engaged to represent defendant in a multi-patent lawsuit concerning including circuitry for generating baseband signals. Case was dismissed shortly after successful appeal in an unrelated case.