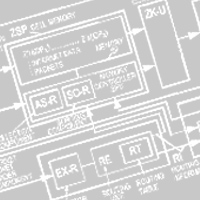 Engaged on a case relating to virtual memory reallocation for protection of software, such as oblivious RAMs. Case is pending.

Engaged to represent defendant in a multi-patent lawsuit concerning up-converting and down-converting of EM signals in broadband processors. Case was dismissed shortly after successful appeal in an unrelated case.

Represented by defendant in a multi-patent infringement case involving microarchitecture of 64-bit processors. The case included an adverse decision at trial which was overturned by the Federal Circuit.