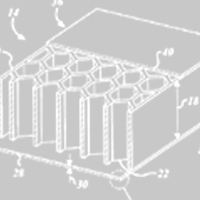 Counsel on a patent case concerning liability and damages associated with use of aluminum lithium alloys on the space shuttle. Prevailed at trial and on appeal to the Federal Circuit.

Engaged in a multi-patent case involving photolithography used to fabricate gene-chips.   The case settled on favorable terms after the decisions on motions for summary judgment.

Engaged to represent designer of IC layouts for use in cellular base station transmitters and receivers.  The case settled on highly favorable terms after successfully moving for production of “smoking gun” documents.